Rajan Bajaj, founder of fintech Slice, chimed in on a Twitter thread early this year and wondered aloud what he needs to do to turn his startup into a unicorn before he turns 30.

Slice, which was valued at under $200 million in a financing round in June this year, has raised $220 million that values it at over $1 billion, the startup said on Monday.

TechCrunch reported early last month that Tiger Global and Insight Partners were in talks to back Slice. The round could further grow to $250 million, a source familiar with the matter said.

Slice has established itself as one of the market leading card-issuing firms in India. The startup offers a number of cards that are aimed at tech-savvy young professionals in the country. “These users have been on Instagram and Snapchat for years,” said Bajaj of Slice customers in an interview with TechCrunch.

“The bar for consumer design is very high for them. We don’t have to educate them on how to navigate the app. It’s intuitive for them. They want simplicity and transparency,” he said.

The median age of Slice customers is 27, which is also about the age of the team members at Slice who are building the app, he said. 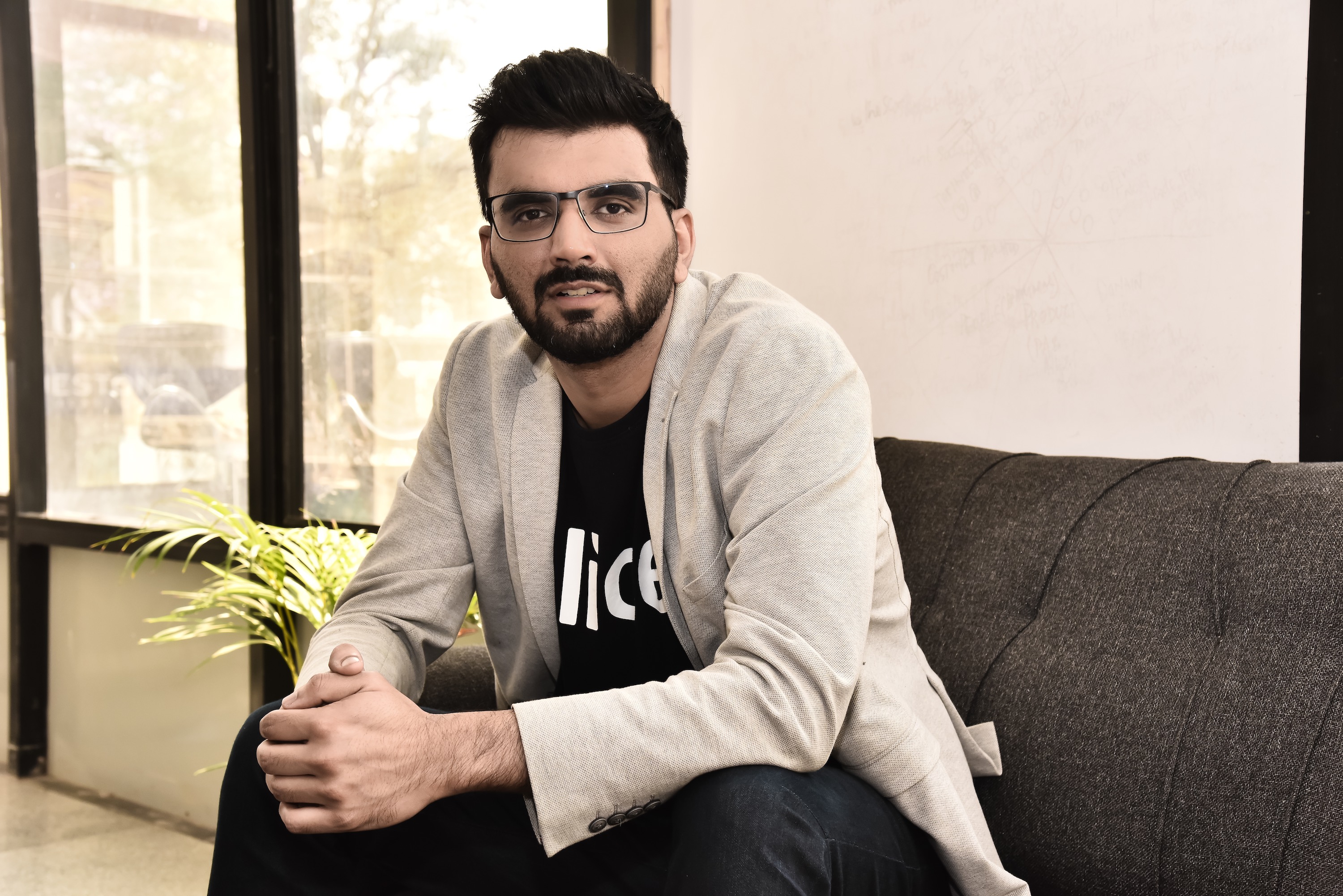 The market of credit cards is massive in India and it remains largely untapped.

Despite nearly a billion Indians having a bank account, only a tiny fraction of this population is covered by the South Asian nation’s young credit rating system.

As we have outlined in the past, Indian banks heavily rely on archaic methodologies to determine an individual’s creditworthiness and whether they deserve a credit card. Their conclusion: it’s too risky to give a credit card or even a loan to most Indians.

Slice is tackling this by using its own underwriting system. Such is the confidence it has in its underwriting system that in September this year, it launched a card with $27 limit — an offering that was inspired by a request from a potential customer — to tap into the nation’s 200 million population. Bajaj (pictured above) said the new card is gaining fast traction, but declined to share any figures. Slice has a registered user base of over 5 million users.

The startup offers Slice customers a range of features such as the ability to pay the bill in multiple instalments spread across three months at no charge as well as access to discounts on purchase with scores of brands.

Slice says it is issuing over 200,000 cards each month, which according to a person familiar with industry figures, makes the startup the third largest card issuer in India after two banks. Slice has a waitlist of over a million users, it said on Twitter.

“Slice has built a product that customers love, which we expect will result in continued growth and market share gains,” said Alex Cook, a partner at Tiger Global, in a statement. “We are excited to partner with Rajan and the team as they expand access to credit and deliver best-in-class customer experience.”

Slice is moving with an annual revenue runrate of over $60 million, according to the source quoted above. The source requested anonymity as the details are private. Bajaj declined to comment on financial figures.

Slice will deploy the fresh funds to expand its product offerings. In the coming months, it plans to launch support for UPI, a payments railroad developed by a coalition of retail banks and which is the most popular way Indians transact online, he said.

The startup may also launch some new cards, one of which may be focused at teens, the aforementioned source said. Slice is also working on a decentralized product called ‘&ID,’ Bajaj said in a LinkedIn post earlier this year.

“It has become second nature for us to jump between identities whether we are online or offline. What if we stop and think about one ID that can be used everywhere and is fully controlled by you? Picture an ID that can be used to accept payments, do KYC, make investments, apply for a visa, rent a car or even create a unique link to all of your brand’s social presence online — without any censorship,” he said in the post.

Slice’s UPI offering will be the first product to adopt &ID. The startup is also looking to hire more people, he said. Slice last month announced that it is offering new hires a three-day week with steady pay and benefits to attract talent that wishes to work on other opportunities — or do whatever else they like — at the same time.

“Slice targets an underpenetrated market in India and seamlessly allows users to make online payments, pay bills and more,” said Deven Parekh, Managing Director at Insight Partners, in a statement, “There is a large opportunity in the credit and payment space in India, and slice is well-positioned to become the leader in the industry. We look forward to this partnership with slice as they continue to scale up and grow.”