Hotel payment software provider Selfbook has completed a $15 million extension of its Series A financing that values the company at $300 million.

Tiger Global Management led the extension, as well as the company’s $25 million Series A in October. At that time, New York-based Selfbook was valued at $125 million — so it has essentially seen a 2.4x increase in valuation from the fourth quarter of 2021 to the first quarter of 2022 and a 38x increase after it raised a $2 million seed round in April of 2021.

“The first round was a quick process. We raised it all in a week,” said Khalid Meniri, co-founder and CEO of Selfbook. “And the second one was in a day because it was mainly an overflow of some of the investors that couldn’t make it in the first round.”

Founded in September 2020 as a pivot from a consumer travel app to a B2B company, New York-based Selfbook describes itself as the “Shopify for travel,” and says it operates at the intersection of hospitality and fintech. Hotels can implement its technology, according to Meniri, “with a single line of code” to improve their booking experience directly on their existing reservation systems.

Selfbook says that its software gives hotels a way to accept “one-click” payments directly on their websites while eliminating fraud and reducing chargebacks. The company claims that its software is the only payment technology for hotels that supports digital wallet use, including Apple Pay, Google Pay, PayPal and buy now, pay later. It also supports traditional debit and credit card payments.

“We make it so that they can install Apple Pay, Google Pay or BNPL with a single integration,” Meniri said. “It can take north of 500 man hours to integrate with a digital wallet because of all the complications around the cryptogram and MMR. But our proprietary technology already takes care of that.” Besides allowing for “one-click” payment, Meniri says Selfbook’s software also provides direct booking links and smart merchandising.

While he declined to reveal hard revenue figures, Meniri said the company’s customer base had been growing about 100% month over month. He said we could infer that revenue growth is directly correlated to user base growth, but that it might fluctuate depending on the value of the contract. Headcount has grown from five last April to 70 today.

Currently, Selfbook has 30 customers live on its platform and nearly 100 hotels onboarded, according to Meniri. The company makes money by charging a fixed 1% fee for all transactions it helps facilitate. It’s possible that Selfbook will increase that to 2% in the future. 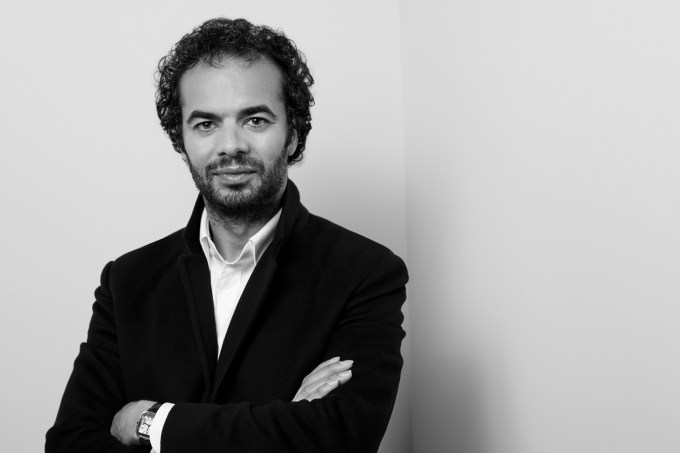 Initially, Selfbook has been focused on boutique or independent hotels or small groups that would represent anywhere from five-25 properties.  In the second quarter, it expects to be working with some fintechs that wanted to be able to serve hotels but couldn’t due to limitations in legacy systems.

“By introducing our technology, these fintechs are allowing us to speak with larger chains,” Meniri said, “and that gets us excited from a growth and credibility perspective as well as giving us market recognition with some of these large, established fintech public companies supporting and vouching for us, and acting as our sales people.”

This year, the company is planning to launch an extension product called PayBox that will allow it to install payment on existing checkout flows.

“This will be really good for chains who already have a custom booking engine, and without replacing all of that, we will replace the payment flow,” Meniri explained.

Part of Selfbook’s value proposition, he believes, is that it gives hotels a way to have guests directly book. This results in greater customer satisfaction and fewer cancellations, he added, which leads to greater revenues for the hotel than if they booked with a third party.

“Our software pays for itself,” Meniri said. “By using it, hotels can increase their direct revenue by 3 to 4%.”

“Hotels are yearning for a direct dialogue with customers,” Meniri said. “They want to make it easier for their guests to add rooms, or remove nights. They should be able to do that dynamically and automatically.”

Tiger Global Partner Alex Cook said that Selfbook’s “plug-and-play” software supports multiple payment types “securely” and can be customized “to meet the unique needs of each hotel, from boutique hotels to global chains.”

“We wanted to double down on Selfbook after hearing the excitement from their hotel customers and seeing the continued rapid growth over the past several months,” he added. “We are excited to continue our partnership with the Selfbook team as they streamline the hotel booking experience.”