Front-line workers and those paid in hourly wages rather than salaries have become a prime target in the world of business IT, with a wave of apps helping them find jobs, do their jobs, communicate with each other better. In the latest development, a U.K. startup building what it describes as a financial super app specifically for waged workers and their financial well-being is announcing a round of funding to double down on its strategy. Wagestream, known best for working with employers to enable salary advances for employees by way of an app, has raised $175 million, money that it will use to continue adding in more features to the app, and to fuel a big push into the U.S. market.

“We are trying to solve workers’ financial pains,” said Peter Briffett, the CEO who co-founded the company with Portman Wills (CTO). “We’re building a positive route for frontline workers, who can now have $60,000 to $70,000 in savings for the first time.”

This is a Series C and it’s coming in the form of $60 million in equity and $115 million in debt.

The equity portion is being led by Smash Capital, funds and accounts managed by BlackRock; and the debt financing is coming from Silicon Valley Bank. Wagestream has raised about $257 million in debt and equity, and it is not disclosing its valuation with this round. Notable to the company’s structure and cap table — and one key way that it has differentiated itself from the cloud hanging over the concept of “payday lenders” in the U.K. and the U.S. — is that it is built on a social charter and is part-owned by U.K.-based financial charities and impact funds — specifically, the Joseph Rowntree Foundation, Barrow Cadbury Trust, Social Tech Trust, Big Society Capital and the Fair by Design fund. Other backers in previous rounds have included Village Global, the social impact VC backed by the likes of Jeff Bezos and Bill Gates.

As a measure of how Wagestream is doing, the company has been on a roll in its growth. Currently more than 1 million workers across 300 employers have access to the app globally. It’s been seeing the strongest growth most recently in the U.S., where 250,000 retail, hospitality and healthcare workers have access to Wagestream through their employers (the deal is done with the latter but it’s up to the workers themselves whether they want to use it or not). Customers include big names like Burger King, Popeyes, Crate & Barrel and University of Chicago.

Other markets in addition the U.S. and U.K. where Wagestream is currently active include Spain and Australia.

The pain point that it’s addressing is a simple one: Waged workers, partly because of how they are paid and how much they are paid, often find it very challenging to save money against spending it paycheck to paycheck.

Part of that is because of the sheer amount of money that they have, but part is also the cadence of how they get paid (weekly or biweekly versus monthly) and simply the tools that are incorporated into their pay to make it easier to save and use the funds for more than regular day-to-day living. The idea with Wagestream is not just to give those workers faster liquidity when they need it, but to give them the ability to use that money in different ways — for example with features to invest small amounts into stocks, and to bring in controls to save money incrementally in a way that makes the most practical sense for those users. There are also options to consult with a financial coach, and similar to other neobanks’ super apps, Wagestream “learns” about users to personalize further suggestions regarding a users’ finances. 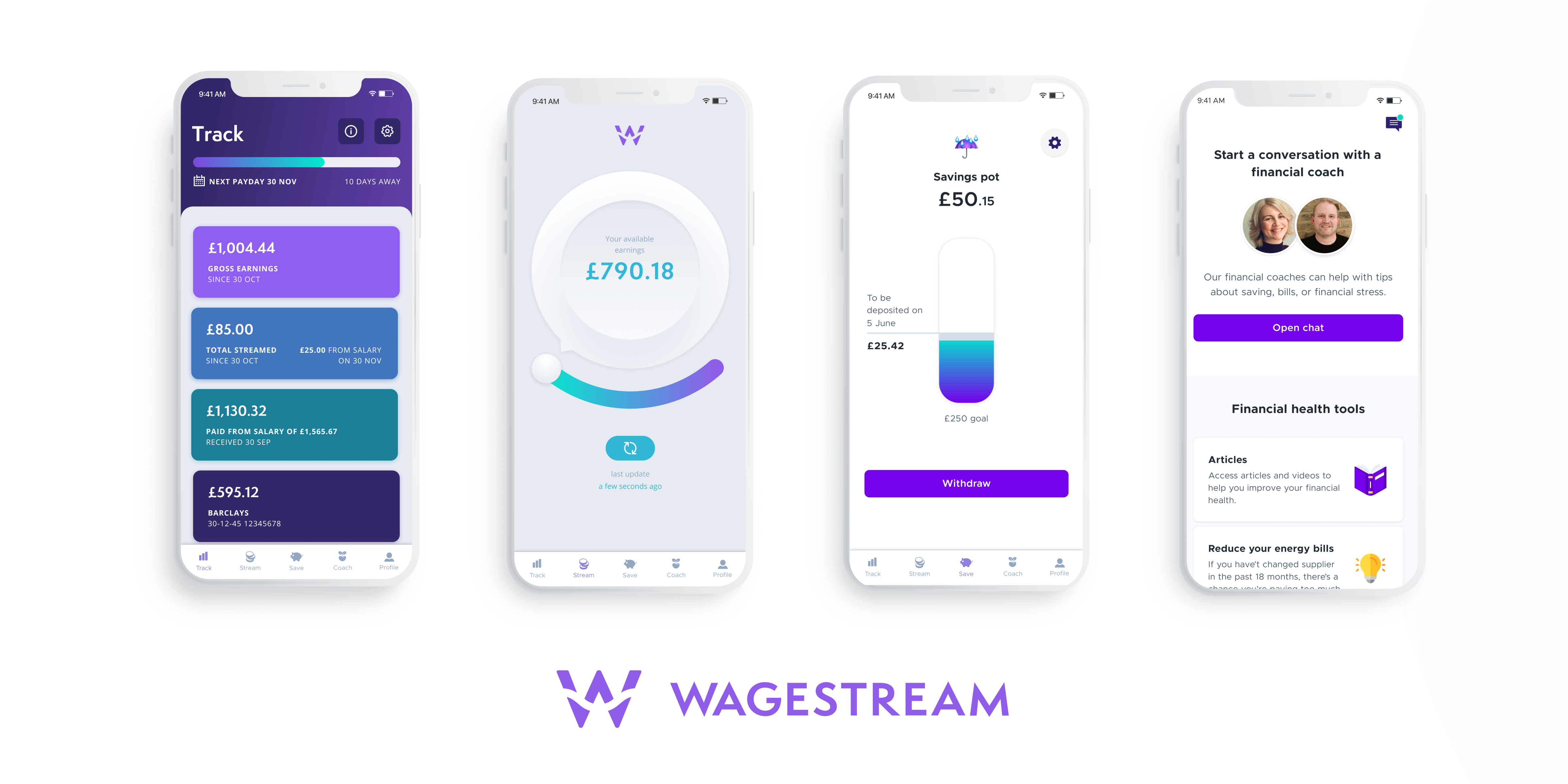 What has been interesting, Wills said, was that employers themselves are “leaning in” to working with Wagestream more because they’ve started to see it as a sweetener when they are recruiting staff and also to help with reducing employee churn, which is a persistent problem in the waged-working world.

He noted that there are currently some 12,000 jobs listed on Indeed.com (a commonly used recruiting platform in this sector) that advertise Wagestream as a benefit for those interested in applying.

“It’s hard to recruit people and we become a retention and recruitment benefit,” he said. “And we found that people actually do more hours of work if they have earlier access to the money they will be paid. It helps them budget their financial lives better.”

The move into the U.S. will bring a new set of challenges to Wagestream, but also potentially new opportunities. The U.K., where it has most of its customers today, has 11 major banks, and most people have bank accounts, not least because it’s completely free for them — no fees and so on — and so many people have their paychecks directly funneled there. This has meant that Wagestream hasn’t focused on building a “banking app” for U.K. users.

The U.S. on the other hand has no less than 4,300 banks, and yet it still has a massive population of “unbanked” and “underbanked” among waged workers because in fact a lot of banks charge a various set of fees, making it a cost many do not want to bear.

“Around 28% are using check cashing services” — rather than getting funds paid into accounts, Wills said. “This means a paper paycheck and paying someone 10%-12% of net wages to cash a check. So a prepaid card product is very high on the roadmap in the U.S. for us.” This would give users the option of foregoing a check cashing service and the associated fees, and potentially using that cut for something else, like investments.

COVID-19 put a spotlight on frontline workers — the essential people who had to continue doing their jobs in tough circumstances while so many others were ensconced in home offices — and their ranks are definitely not going away, with an estimated 2 billion of them globally. It’s frankly great to see more being built to address their needs.

“The combination of financial exclusion and a rising cost of living have created severe financial stress for hard-working Americans,” said Brad Twohig, managing partner at Smash Capital, in a statement. “We’ve invested in Wagestream because its team has reimagined the world of work making it more accessible and rewarding for millions of people.”